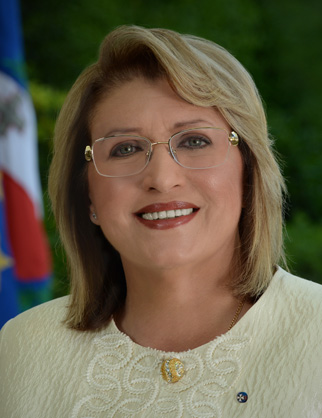 We are starting the year poorer, much poorer than we ended the last. And on the wrong foot !

For now that grotesque oversized cheques have been glamorously presented with clownish fanfare thus destroying the very intrinsic essence of charity, solidarity, generosity and altruism, in the yearly drama splashed on all tv stations and we have been declared by none other than the President of the Republic (of Paqpaqli catastrophe fame) as the most generous and altruistic people on Earth, we can now comfortably afford to go back to each others’ throats in a year of insults, hate, threats and incessant fighting (not to mention the occasional murder), in what is probably, considering the small size, one of the most highly politically polarised places on Earth.

And we start the year poorer because no one bats an eyelid when Presient Coleiro Preca, who not only made a Gargantuan effort to distance herself from the Paqpaqli ghall-Istrina catastrophe when things went wrong, but has also taken all this unbelievable thing to a completely new level, makes some of the best delusions of grandeur declarations we’ve ever heard – we are the most generous country on Earth . . . .or something of the sort . . .

But we start the year much poorer also because we have, in our inimitable style managed to destroy the intrinsic meaning of true solidarity, true altruism, true compassion, true empathy which necessarily consists of giving without getting anything back, without mentioning let alone advertising in the most in-your-face method. We are much poorer because we have managed to destroy the true meaning of all these fundamental values turning them upside down and patting ourselves on the back for the doing so. These are the clear symptoms of a decaying society.

We start the year poorer because we have not yet started to realise, let alone learn that the metric of solidarity, empathy, generosity and altruism is not measured by pounds, shillings and pence just like distance is measured in metres not kilograms. This notion of wrong metrics is not limited to solidarity. Not to mention that even if one had to argue that money is the right metric for solidarity that would be a huge injustice since one can hardly compare donations by a civil servant to that of a corporate donor. The issue is really complex indeed.

All this national patting on the back, megalomania and delusions of grandeur concerning things that shouldn’t even be made public is one of the reasons why this country thinks its people can afford to spend the intermediate periods between l-Istrinas hurling all forms and manners of hatred towards each other. For let’s be honest hatred in all forms and colours has increased in the last few years. So l-Istrina helped nothing in reducing this.

It was a good idea twenty years ago a new thing, I have no doubt about the genuine intentions of the volunteers, but now that we had ample time to assess the pros and cons of it all the next President needs to take the bull by the horns. The same volunteers can produce something much better. Seven million is a small sum to include in the following year’s budget especially for a country in a booming economy. But then what are the Social Policy and Health Ministry there for?

2019 should be the year when the new President of the Republic gives much more attention and energy to his/her constitutional roles rather than to fundraising. 2019 should be the year when this country sheds its blinkers and awakens from its coma and rediscovers the real meaning of solidarity and charity – the exact opposite of the Istrina glamorous show featuring gigantic cheques ensuring all the world sees. Solidarity, charity and altruism are the complete opposite of the Istrina drama. They may be other things but surely NOT altruism or a genuine sense of charity which always meant giving without mentioning let alone advertising.

In 2019 we should convince ourselves that we are not the most altruistic and generous country on Earth because ONLY THEN can we start seriously tackling the flip side of the argument, the more realistic one – the hatred and deep divisions in this small society.

In a society that needs to tackle hatred, nothing worse can be done than that society being told it is the most generous and altruistic in the world. Indeed we have started the year on the wrong foot. Since another year has passed and we haven’t realised what’ wrong with all this not to say we took it to a lower level we start the year poorer.

And since the President’s term comes to an end in a few days’ time that is certainly one thing the Presidnet could have changed but didnt’t!

I will be campaigning for a more dignified L-Istrina for next year which focuses and enhances the true values of solidarity, empathy, compassion and altruism so that only then we can subsequently tackle the consequent isues of deep hatred within this society. As long as we think we are the most generous people on Earth we are doomed.

And one final thing – even if we were we shouldn’t be saying it . . . . . out of compassion and respect for those less generous than us!