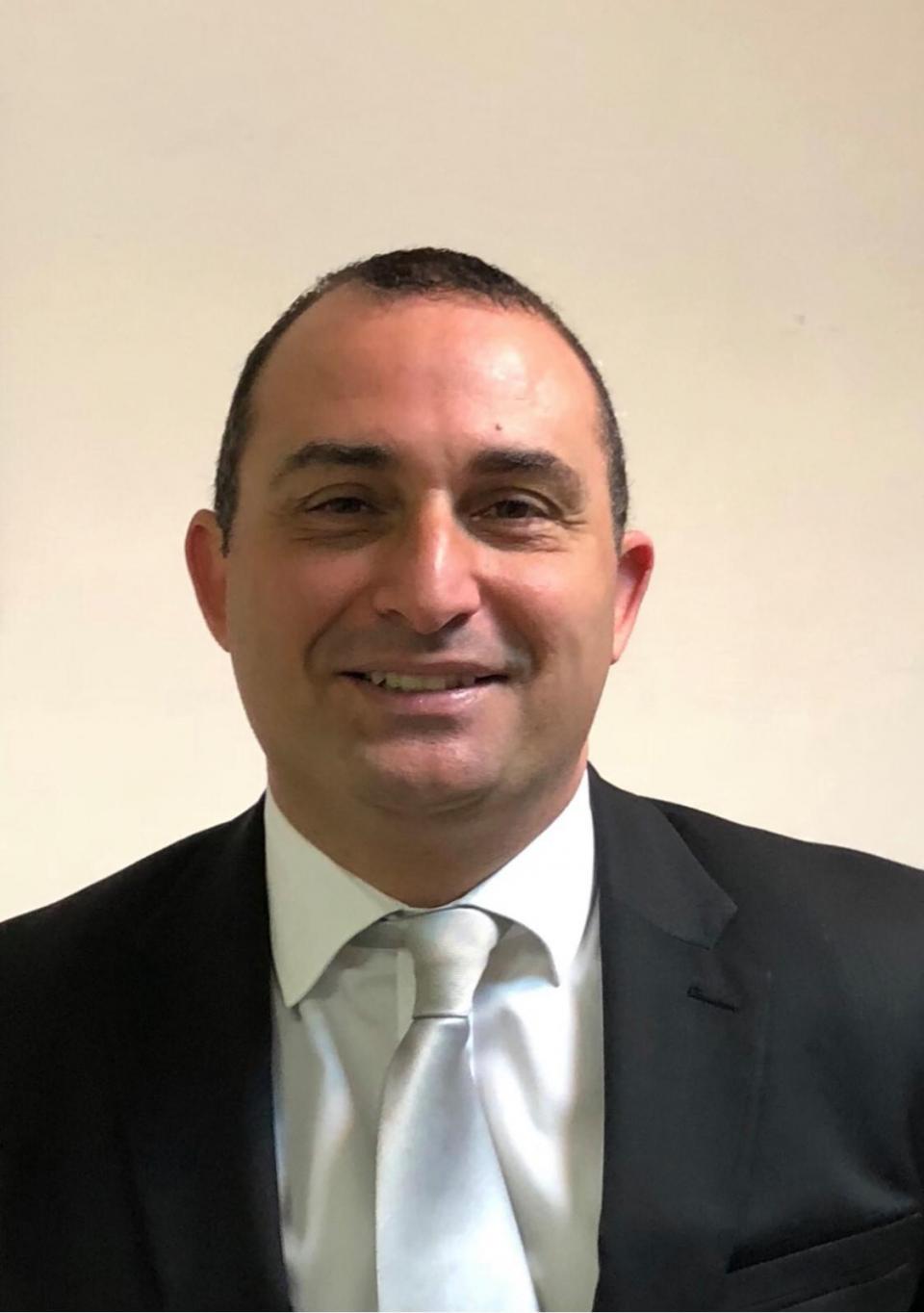 Posted at 09:57h in Blog by Franco Debono 0 Comments

The following is not a political opinion but one about the Law and the Constitution based on my experience as a practising criminal and constitutional lawyer, and as a former Nationalist mp who formulated and campaigned for a holistic constitutional and justice reform.

After Adrian Delia suffered a vote of no confidence supported by 17 Nationalist mps voting in favour and 11 against on the night between Monday 6th and Tuesday 7th July, everyone and their brother, become overnight a constitutional expert leaving some of those who are really experts in the subject having worked on constitutional cases for a long time looking as if they know anything at all about the subject, surrounded by so much expert opinion. For if one can have an opinion about football, tennis or the next rock band, why not about the constitution?

But in reality what will guide the President’s deliberations in the current constitutional impasse? First of all the constitution is the borderline between law and politics, an area which in the United Kingdom is not regulated by a written Constitution but mostly by conventions, unwritten custom, which whilst making the situation more flexible still leaves that country as a hallmark of Parliamentary democracy. For in some sense, flexibility is this no man’s land between law and politics is very desirsable!

My opinion is that expressed on the 6th of Febuary 2020 and repeated early on the 7th July in the sense that the Constitution (Article 90(4)) empowers the President to remove the Leader of the Opposition from his role if, in the President’s judgement, he doesn’t command the support of the majority of his members of Parliament, and he can appoint someone else in one of the few instances where the President enjoys huge powers under the Constitution. Since the criterion is a subjective one – ‘in the judgment of the President’ there is no hard and fast rule and the President enjoys huge powers and discretion, with an active rather than passive role in the sense that where a prima facie case exists that such support might be doubtful the President has a duty to enquire into the situation and reach a judgment. The Constitution does not specify any modalities how such judgment can be reached but this could include the President speaking privately to individual members of Parliament, amongst others.

Thus in theory at least, the Constitution empowers the President to remove the current Opposition Leader and appoint instead the person being nominated by the PN rebel members of Parliament.

But one cannot stop there and must delve deeper. What is the Constitution really saying. In my opinion the key to all this is the comparison between the provisions relating to the Prime Minister to those relating to the Leader of the Opposition. Why? Because a Prime Minister’s support can be tested in Parliament but the leadership’s credentials (art 90(2) Constitution) of an Opposition Leader can only be tested within party structures in line with intra-party democratic rules of the party statute.

For whereas the Constitution requires the President to appoint as Prime Minister that member of Parliament, who is in a posiiton to command the support of a majority in Parliament, and does NOT mention party leaders, in sharp contrast, regards the Opposition Leader the Constituion specifically mentions the party leader of the largest party in Opposition to the government.

And here there’s more than meets the eye. On closer analysis and deeper inspection this emanates form the principle that democracy should reign supreme not just in Parliament but also that within political parties known as intra-party democracy, a subject to which most Maltese are mostly unfamiliar, having political parties, which until I formulated the Law on parties and Party Finance were the most unregulated bodies at Maltese Law!

All this is much more clear and happens in practice in the case of coalition governments where the President has to decide whom to appoint as Prime Minister among two or more party leaders.

But regards the Opposition Leader the situation is completely different. That is why art 90(2) of the Constituion is more specific – in this case the President must appoint as Leader of the Opposition the leader of the largest Opposition party in Parliament. Unlike the Prime Minister’s case, here the Constitution mentions party leader. And there is a specific reason for this. For in that case the President’s decision cannot be safely and adequately tested in Parliament, and the only forum where it can be sufficiently and democratically tested is within the political party’s internal and democratic structures according to the party statute’s rules and regulations, bearing in mind that party leaders are not elected just by members of Parliament of that party but by a very much wider spectrum of members and party officials.

Because after all one might argue, an Opposition Leader who lost the confidence of his parliamentary group could very easily be removed and substituted as party leader, whom the President can then subsequently appoint as party leader in terms of art 90(2) having passed the intra-party democratic test.

So what will most probably be the litmus test for the President’s decision? In theory at least the President has the power to remove the current Leader of the Opposition and instead appoint the person whom the rebel mps are proposing, yet he can also leave everything as it is or remove the current Opposition Leader and leave the office vacant, until the Nationalist Party resolves definitely the leadership issues. Yet what will ultimately be the decisive factor will the the degree of intra-party interference a President of the Republic is allowed or desires to get into. Can the office of Opposition Leader be vacant? Yes it can since even the office of Prime Minister is sometimes vacant for weeks or months when coalition talks are under way. If there is a fundamental rule in the Constitution it is that Presidents should keep away from party politics let alone internal party affairs especially if this concerns the basic tenets of intra-party democracy.

The Constitution requires the President not to interfere in internal party affairs, especially if that is the only forum where a leadership issue can be democratically tested. In a completely different scenario, when Charles Mangion was appointed Opposition Leader, Alfred Sant had not only resigned form party and Opposition leader but it was very clear that with intra-party democracy fully at work it was determined that then Malta Labour Party supported the nomination of Mangion as Opposition Leader. So the President was in no way interfering or seen to be interfering in internal party affairs, he was just rubber stamping the Labour Party’s internal decision in line with art 90(2) of the Constitution.

The current situation is completely different. Adrian Delia has neither resigned from Leader of the Opposition nor party leader and the party is currently at war with itself split right down the middle. Should a President of the Republic interfere in the internal party affairs of a political party in such a situation? That will be the determining factor.

Since a Prime Ministerial appointment can be tested in Parliament by means of votes of confidence , but the democratic credentials of an Opposition Leader’s party leadership appointment can only be tested within political parties’ internal democratic structures, hence the requirement that the President appoints as Opposition leader the leader of the largest Opposition party, the Constitution requires from the President least interference in internal party affairs. If the leadership situation within a party is clear the President can proceed, otherwise he will most probably tread with great caution.

Thus in conclusion whilst in theory the President is not precluded from removing the current Leader of the Opposition and appointing someone else, however, since the President’s decision regarding Prime Ministers can be easily tested in Parliament by means of votes of confidence but is practically impossible to do so regards Opposition leaders, whose legitimacy can only be adequately tested within democratic internal party structure, the Constitution seems to be reluctant to allow the Presidents to interfere too much in the internal party affairs of political parties, which as I have already said were the most unregulated bodies at Maltese Law prior to the coming in force of the Law on Parties and Party Finance for which I campaigned, formulated and presented in Parliament as PN backbencher in January 2012.

In a situation where the PN leadership issue is clearer the President would surely move to remove and appoint, but in a situation of a party at war with itself and split right down the middle where the leadership issues is unclear at best with Delia still legitimate party leader, reluctance of a President to interfere in internal party affairs seems to be the guiding spirit for the reasons explained above.