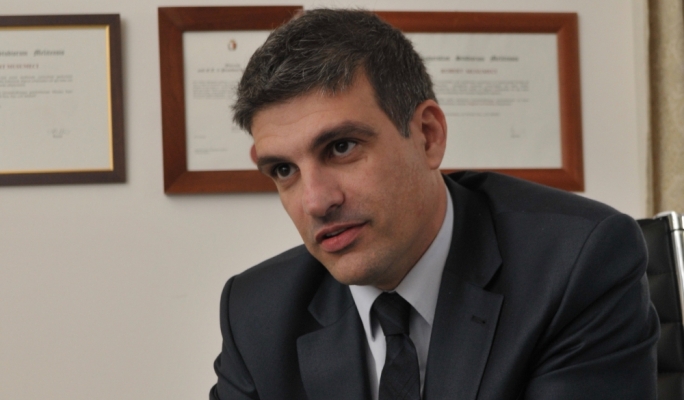 Posted at 22:00h in Blog by Franco Debono 0 Comments

My friend and colleague Dr Robert Musumeci has written in the Sunday Times about what according to him will be Muscat’s constitutional legacy, thereby inadvertently opening a little can of worms.

Not only because most of what he mentioned will not be historically attributed to Muscat but also because Muscat himself has been harshly criticised not for the reforms themselves but for the way he manouvered around some of them, and notwithstanding them as crystallised in Giovanni Bonello’s quote “Better poor laws in the hands of good people than perfect laws in the hands of crooks.” I have no intention of entering into the merits of the second line of criticism, but I intend to dwell on the first.

Why? For history will probably attribute none of the constitutional developments to which Dr Musumeci makes reference to Muscat, for both the Law on Party Finance and judicial reforms were formulated by myself in the 2008 legislature up to 2012, and the judicial reforms were subsequently confirmed by the Giovanni Bonello report. It was then Owen Bonnici who piloted the reforms.

The issue of enforcement of unconstitutional judgments, to which Dr Musumeci also makes reference, was raised various times in the Committee for Recodification of Laws which I used to chair as member of Parliament together with my great friend Hon Francis Zammit Dimech and then top criminal lawyer, now minister, Hon Jose Herrera.

I remember Dr Herrera and myself converging in Parliament on most of the issues to which Dr Musumeci in fact makes reference. We have always been very much on the same wavelength even when on different sides of the House. I must admit that in my younger years, and being some twenty years his junior, I have learnt quite a few things from Dr Herrera. I wouldn’t in fact be surprised if history attributes some of the reforms to him as well.

But there’s another reason why it’s very delicate to speak about Dr Muscat’s constitutional legacy. And I say it for the first time only as a reaction to Dr Musumeci’s comments for otherwise probably this would have gone unnoticed. Whilst none of the above developments can be attributed directly to Muscat, there is one decision that can be, unfortunately, directly attributed to him and to him alone and which seriously dents his constitutional legacy in this regard – a decision that few had noticed at the time.

One of the greatest constitutional reforms of the past ten years was the splitting of the justice and home affairs ministries, a historic development without which the consequent reforms to which Dr Musumeci makes reference would have been very very difficult if not impossible. A splitting of portfolios that occurred only after I had to go as far as to publicly declare I would withdraw my support to the government in default. My stance in Parliament was followed a few days later by the famous January 2012 reshuffle which effectively split the two ministries.The split received almost unanimous national approval – everyone agreed it was the right move.

What my friend and colleague is probably not aware of since he was probably focused on other areas of expertise at the time is the fact that in one of the earliest and strangest of Muscat’s moves to date, he surprisingly and unexplainedly remerged the two ministries under one minister – Manuel Mallia for some time was minister for Justice and Home Affairs. Muscat was appointing his first cabinet the day after the 2013 electoral victory, a huge cabinet in which surely there was place for two split ministries rather than a merged one. The January 2012 reshuffle must have been very fresh in his mind.

At the stroke of a pen Muscat had undone and destroyed a crucial and fundamental constitutional development that had probably cost me my Parliamentary seat. Since those were the early days after the 2013 election and even the victory celebrations were still ongoing no one really noticed even when a few months later Muscat had to do what will be remembered, since Musumeci speaks about legacy, as one of the greatest U-turns in his legacy – he split the ministries once again!

One doesn’t need to be a rocket scientist to understand that the split I had very painstakingly forced in 2012 was the mother of all reforms in this sector since only by having separate ministries for the law courts and the police could the consequent reforms to the law courts and the police be implemented. Unfortunately Muscat had temporarily reversed a formula, so paistainkingly achieved only to be compelled by circumstances to reverse it in a few months.

With the benefit of hindsight, and only since Dr Musumeci raises the subject, there is only one explanation to the bizarre decision I can think of and it has to do with the Panama Papers – it later emerged that at the same time immediately after the election his closest colleagues were opening secret companies around the world.

It was a clear invitation to the Nationalist Party – I will leave you in peace, and you leave me in peace. The split had been troublesome for the PN – he wanted to show he wanted to wash his hands. But Simon Busuttil would have nothing of this invitation to barter omerta’ for a sort of chaudenfreude.

Yet still, even though I can think of very few other explanations, I find it very very hard to believe considering the opportunities Dr Muscat later offered me, as well as the enormous and deep genuine mutual respect there has always been between Dr Muscat and myself, a friendship going to the days of Form 2C at St Aloysius.

I think that the split is now firmly cemented in our system considering not only the manner in which it was achieved by myself in 2012 but also Muscat’s forced U-turn when he temporarily tried to defy it.

In general and notwithstanding this I don’t think Muscat will have a negative legacy in this regard, however history is unfortunately ruthless at times and raising one topic could open unforeseen cans of worms. I have never ever mentioned this before today, but since it seems time has come to discuss the legacy I thought nothing wrong of sharing these views at this point when Muscat seems to be on his way out.

I would finally like to thank my friend and colleague Dr Musumeci for his contribution to the topic.