The Birth of Justice reform 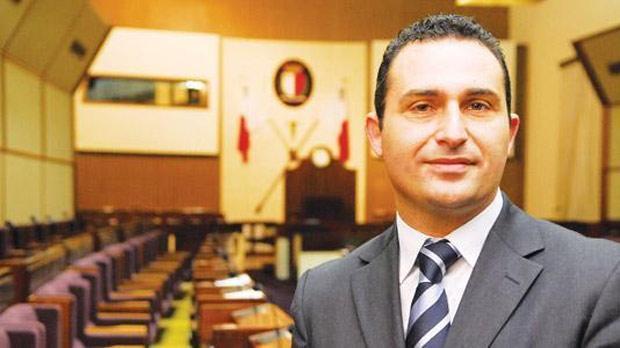 18 Sep The Birth of Justice reform

Instead of touring band clubs, organising snooker competitions or not turning up in Parliament most of the sittings as some mps used to do back then, on the 8th November 2011, from the backbench I presented in Parliament a holistic justice reforms that I had been formulating over the previous years. A justice reform the likes of which this country hasn’t had for the past hundred years and which I explained in great detail in three sittings in June/July of 2012 – www.riformagustizzja.com.

The Nationalist Party then led by Lawrence Gonzi appreciated my efforts so much that they banned me from contesting the 2013 general election, simply for formulating historic reforms and asking for political responsibility to be shouldered, an election which the Nationalist Party lost by a landslide and the party was swept out of power by an angry electorate.

Since then most of these major reforms have been implemented and the Nationalist Party has suffered a series of grand consecutive electoral defeats and is currently plagued by internal strife – one of the main reasons being the way it treated people, even its own mps, when in government.

That opportunity will come the moment I decide to contest an election.

This is motion 260 of the Eleventh Legislature –

Since in the opening speech of the forensic year the Chief Justice stressed that it may be that the Government is not attributing the appropriate importance to the Justice sector, on the contrary to what it is doing in the economic sector, in a democracy justice needs to be given the importance it deserves at all times, since it is one of the essential components of democracy. During these last years, through various speeches in Parliament, I have been trying to attract the attention of the media and of other means, and even assiduously within the Party itself, that within the fields of justice and home affairs there is the need of huge reforms, which will also effect the functioning of democracy and the fundamental rights and liberties, in human resources, also in equipment and even in other sectors, in the mentality and behaviour, and I will name a few, but not limited to, the issues regarding:

1. whilst I notice the great progress within the Police force, during the last decade, I suggest a resolution regarding the pending issues for the Police union, and even the payments of arrears which are payable to the Police officers for overtime hours, so that the Police force will always be motivated and energised;

2. the separation between the investigative functions and the prosecution within the Police force;

3. of forensic equipment including DNA equipment, in a broader context to have a stronger forensic laboratory (which today is nearly inexistent), which is fundamental for the police work;

4. the separation between the functions of the investigating and adjudicating magistrates, so that a pool of magistrates is set, for them to be specialised and focused on inquiries on a full-time basis;

5. the procedure regarding the eligibility and the appointments of experts is to be revised, as well as the possibility for the introduction to produce ex parte experts;

6. the right to have a lawyer present during the interrogation, and this in respect of the decisions of the European Court, as well as the rule of disclosure and other ancillary matters;

7. the revision and re-definition of certain powers of the Attorney General, and also to have the duty to give reasons when taking decisions in certain circumstances;

8. a radical reform in criminal procedure, including court arraignments and the remittance of the acts to the Attornry General;

9. the revision and reform of the Office of the Legal Aid, in order to ensure that when a person does not have the means to engage a private lawyer, he will have his constitutional right for an adequate defence safeguarded;

10. a reform within the Family Court, where the procedure of mediation conducted by mediators who work on a part time basis is to be analized and if necessary revised;

12. a thorough examination of the consequences of the outcome of the latest procedure of impeachment, the efficacy of this mechanism and the Commission for the Administration of Justice as it presently exists, which is an important constitutional check and balance, and to determine if a revision is necessary;

13. to enter into force, without delay, the act of repayable justice which will strength the victims’ rights, as well as, extensive reforms in various aspects of the Corradino Correctional Facility;

14. to set up a Drug Court, about which which ongoing discussions have been going on for years;

15. that the necessary measures are taken so that the document published by the Chamber of Advocates, ‘Regulating the legal profession in the 21st Century’, which is to regulate the legal profession, is to be discussed, analysed and implemented by means of legislation;

16. it is to be considered whether it is time that the warrants issued by the Security Service, for certain interceptions (which relate to criminality and not national security) are to be transferred from the Minister’s political authority onto the investigative and adjudication authorities;

17. that the criminal libel is to be abolished, whilst the maximum amount of damages which person guilty of a libel may be condemned to pay is to be revised, so that person will reflect on the damaged caused by him, given the means of communication, including the internet; also the libel proceedings are to be heard by the Superior Courts presided by a Judge;

18. that the entry requirements for the Law Course are to be revised, and this to safeguard the standards and prestige of the legal profession;

19. that the justice system with regards to minors is to be radically revised;

20. that the library of the Courts of Justice is to be strengthened;

21. that the Parliamentary Committee for the Codification and Consolidation of Laws and the Law Commission are to continue being updated, re-codified and the laws of our country and to be consolidated;

22. that the arising situation in various Tribunals, including the Small Claims Tribunal, mediations and arbitrations where a substantial amount of litigations are being determined by persons who, according to the Constitution, are not part of the judiciary, is to be examined thoroughly, most particularly the consequences of the recent constitutional judgements regarding forced arbitration;

24. that the trial by jury system has to be strengthened;

Despite the constant calls, internally, within the Parliament and within other forums, including the media, in most of these sensitive and important areas, either nothing has yet been done or else things are moving too slowly, which areas have an impact on liberty and fundamental rights and are of importance it the economic sector;

Therefore, I am proposing that this Chamber of Representatives should discuss these matters, and it should resolve those measures and necessary steps which need to be taken and in which matter.