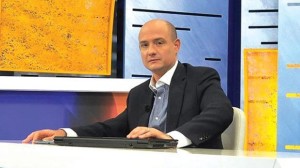 Times of Malta 28th December 2011-
”Hermann Schiavone is not a candidate of the PN and has been directed not to present himself as one, the Nationalist Party said. The PN was replying to The Times on claims by Nationalist MP Franco Debono’s that Herman Schiavone had accused him of sending an anonymous letter. “It is unacceptable for the Nationalist Party that a serious allegation is made against one of its MPs by a person who then fails to either substantiate the allegation when asked to do so or to withdraw the allegation,” it said
The PN added that notwithstanding the fact that Dr Schiavone was directed not to present himself as a candidate, he failed to adhere to these instructions.”

Times of Malta Saturday, January 5, 2013,
”PN says ‘no’ to Hermann Schiavone’s candidature
Hermann Schiavone has just been informed by the Nationalist Party he will not be allowed to contest the next election on its behalf.”