Posted at 21:57h in Blog by Franco Debono 9 Comments 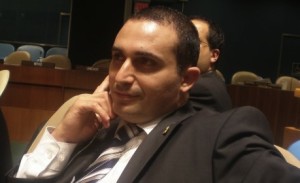 In the wake of the political turmoil preceding the 1987 election Eddie Fenech Ada­mi gave what is probably the best speech ever in our Parliament, in which he described human rights as the hallmark of a free nation.
“Human rights,” he said, “pertain to all humanity. They don’t emanate from any particular government, but from the fact that as humans we have dignity and freedom, which give us the faculty to think, to understand and to decide. They are fundamental because without them we become slaves.”
Fundamental human rights are the cornerstone of a democracy and the backbone of its justice system. They are legal facets to the concept of democracy where the judiciary is one of the three pillars of the state which check and balance each other to produce the democratic equilibrium.
Parliament can oust a government through no confidence; law courts can annul legislation; and legislators may impeach judges.

Equilibrium is achieved by the interplay, checks and balances between all stakeholders involved, lubricated by fundamental human rights – from arrest, investigation, and arraignment, to serving of punishment, the system involves police officers, lawyers defending victims and accused, court marshals, judges, court recorders, probation officers and prison wardens.
Legal and administrative measures are needed to strengthen the police force. A modern force requires a cutting edge forensic unit. The DNA apparatus, unfortunately, is still on the way. Resolving overtime arrears and police union issues, splitting the investigative and prosecution roles, and strengthening the internal legal unit should help further inject motivation in the force, which has seen considerable improvements in recent years.

Having specialised full-time investigative magistrates, instead of the inquests conducted at present on a part-time basis by adjudicating magistrates, is another way of improving investigations. Suspects should have the right to legal assistance during interrogation and, through legal counsel, enjoy reasonable access to the file.
The application of these rights which in other countries are regulated by detailed manuals and regulations should be overseen by these magistrates, including, for example, the degree of permissible publicity of various stages of ongoing investigations, till arraignment.
Should warrants for sensitive interceptions, except in cases of national security, be issued by modernised investigative authorities, removing the current direct intervention by the minister?
A respected and alert legal profession, zealous in its submissions to instigate judicial interpretation of laws, has a crucial role. Years ago the Chamber of Advocates published a consultative paper entitled ‘Regulating the Legal Profession for the 21st Century’. Entry requirements for the law course should also be made more onerous.
The role and powers of the Attorney General, counsel to government and chief prosecutor, should be analysed, re-examining his latitude of discretion, in certain cases without the duty to give reasons.
Judges’ and magistrates’ retirement age and the years of experience required for appointment, should be raised. Better working conditions, such as pay, pensions and the new chambers being built, and more technical staff, could attract the best candidates. The juridical set-up could contemplate a third tier of review on the Italian cassazione model. The courts must develop and embrace a sentencing policy for uniformity’s sake.

The family court needs revisiting – were we better off when a judge conducted mediations instead of a mediator? Discussions about the setting up of a drug court have been going on for too long. Libel should be taken out of the remit of the criminal law and fall within the competence of the superior courts.
We must reconsider the structural set-up for the Commission for the Administration of Justice and the practical effectiveness of our impeachment procedure.
Criminal procedure needs a radical overhaul to make it faster and less bureaucratic, thereby easing the caseload.
Plea bargaining should be ex­tended to the magistrates’ courts. Arraignments’ procedure should respect the spirit of the code. Bail should be revisited and electronic tagging introduced. The jury system should be fine-tuned, considering judges deliberating with jurors, who must receive basic training before the trial. The legal aid structure must be re-examined.
The Law Commission and parliamentary committee for Codification and Consolidation of Laws need to be merged.
Democracy and fundamental rights are hard-earned. We must continue to have a political vision which ensures balanced scales for blindfolded justice by ensuring both external and internal checks and balances are in good shape.
In this legislature, important issues have been tackled, such as the restorative justice act, yet it is time to tackle the remaining tall order, and needs for reform.

Dr Debono is a Nationalist Member of Parliament and parliamentary assistant at the Office of the Prime Minister. Times of Malta – Sunday, September 11, 2011 – by Franco Debono